National Organization for the Elimination of Racial Tracking 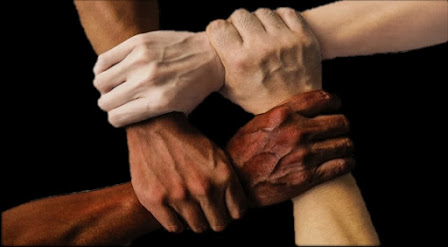 Have you paid to access your Ancestry history and found some surprises? The former director of the U.S. Census Bureau, Ken Prewitt, says we should stop asking the race question. These classifications no longer fit and fail to capture mixed race individuals. We first tracked race in 1790 and then in 1977 added four categories. By 2045, whites will no longer be the pure majority race while 60% of mixed race babies have one white parent. The EU and France in particular is a colorblind society that does not track race based on the Racial Equality Directive. Maybe they got that correct? Brazil is one of the most mixed race countries and made racism illegal in the 1950’s and subject to a fine. Brazil consists of three “racial streams”—white European, black African, and indigenous “Indian”. Brazil is 43% Branco (light skinned), 33% mixed, 12% black and 12% other (Asian, Arab etc.).

Example: When you audition for the Philadelphia Orchestra, it is done behind a black curtain and appearance doesn’t matter.

+ We reject all forms of racism including the elimination of race from all college and employment applications along with the tracking of race.

+ Motivate the Supreme Court to rule on whether the 1965 Affirmative Action Executive Order and diversity tracking violates the 14th Amendment regarding equal treatment.

+ Legislate to revoke nonprofit status (501c3) for all race based organizations ultimately making these groups illegal including this one.

+ Greatly defund the EEOC and Census Bureau. America needs a merit system, not a quota system.

+ Create awareness of racial bias and post on Social Media for civil discussion.

+ Any derogatory mention of race would be illegal and subject to a fine.

+ Whites should refuse to answer diversity questions on all applications.

+ Fair, equal, beneficial treatment for all persons. Promote values where people are not judged by the color of their skin, hair, eyes or other physical attributes.

Petition: Keep “The 1619 Project” Out of Schools | American Principles Project

How can the left explain away as 'racist' minorities who voted for Trump?

N.O.E.R.T. National Organization for the Elimination of Racial Tracking  Have you paid to access your Ancestry history and found some surpri...